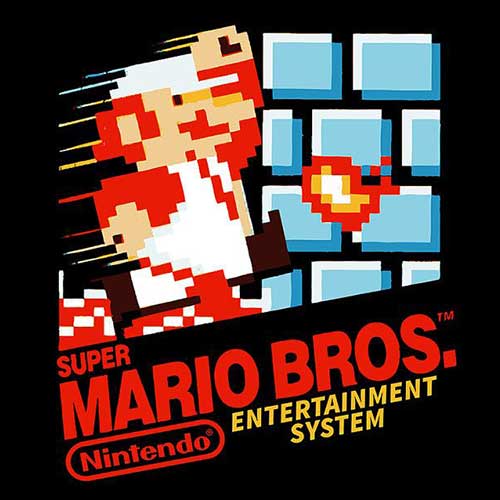 Released in the USA in 1985 for the Nintendo Entertainment System

Growing up I always wondered how some of these sound effects for arcade games and game consoles were created. After all, there was nothing else in real life to compare them to or anything that sounded quite like them. The surprising factor upon discovering how the sound effects were achieved was to learn that they were actually simple musical sequences recorded and then played back at lightning speed. It’s amazing how speed and velocity can drastically change the aural perception of the same musical phrase. Every sound effect in this tutorial is played at a very slow tempo first and gradually sped up until reaching the speed used in the Super Mario Bros game.

For the purpose of this tutorial, I am using mostly a simple square wave that can be found in literally every synth or amateur home keyboard. In this sound design tutorial, I am not focusing on the actual sounds used but rather the sequence of notes and speed that makes these classic game sounds unique and legendary. However, I have included some random settings that I used with Sylenth 1 to get a sound similar to those created by Koji Kondo, the sound designer and main composer behind Super Mario Bros.

Credit for this tutorial shall be given to Brett Apitz (brettapitz.com), a great sound designer and audio engineer, for his great insights into the world of Super Mario Bros and his invaluable music transcriptions for all of these sound effects and many more. The MIDI files for all of these sound effects are available on Brett’s website along with a full explanation behind the music theory used to achieve these sounds. Pay him a visit and check out his other tutorials.