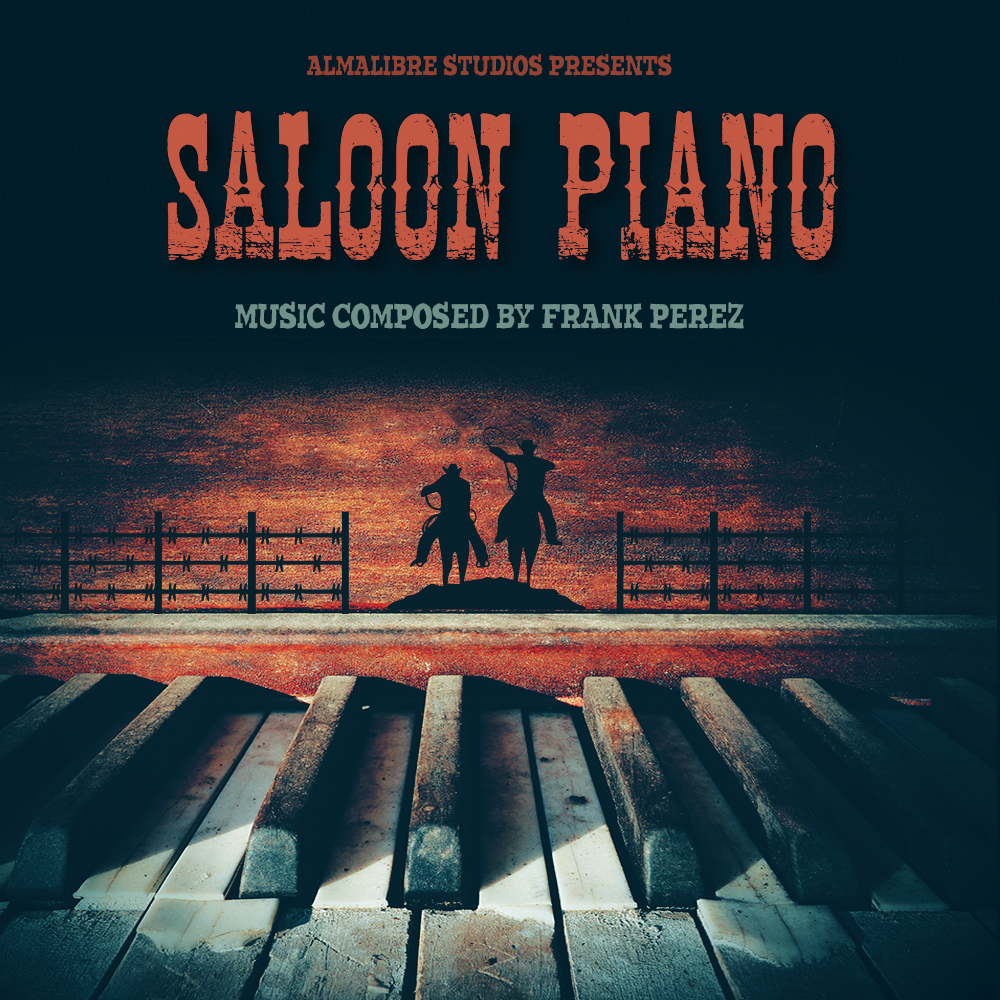 Saloon Piano is a collection of production music composed as an ode to the piano music heard playing in the background at every parlor, cantina, or saloon across the old west during the late 19th century.

Although the genre of piano music mostly associated with Western movies today is known as Ragtime (Scott Joplin, James Scott, Joseph Lamb), this type of music, in particular, did not appear in American saloons until the late 1890s. Previous to this genre there was a genre of music called “Parlor or Parlour” music which was a combination of music influenced by Scottish, Irish, and English music as well as classical music. However, for the sake of continuing with the stereotype perpetuated by Hollywood in its Westerns movies we have decided to compose music more reminiscent of ragtime songs of the era than parlor music